‘We are turning the tide against health sector corruption’ – SIU head 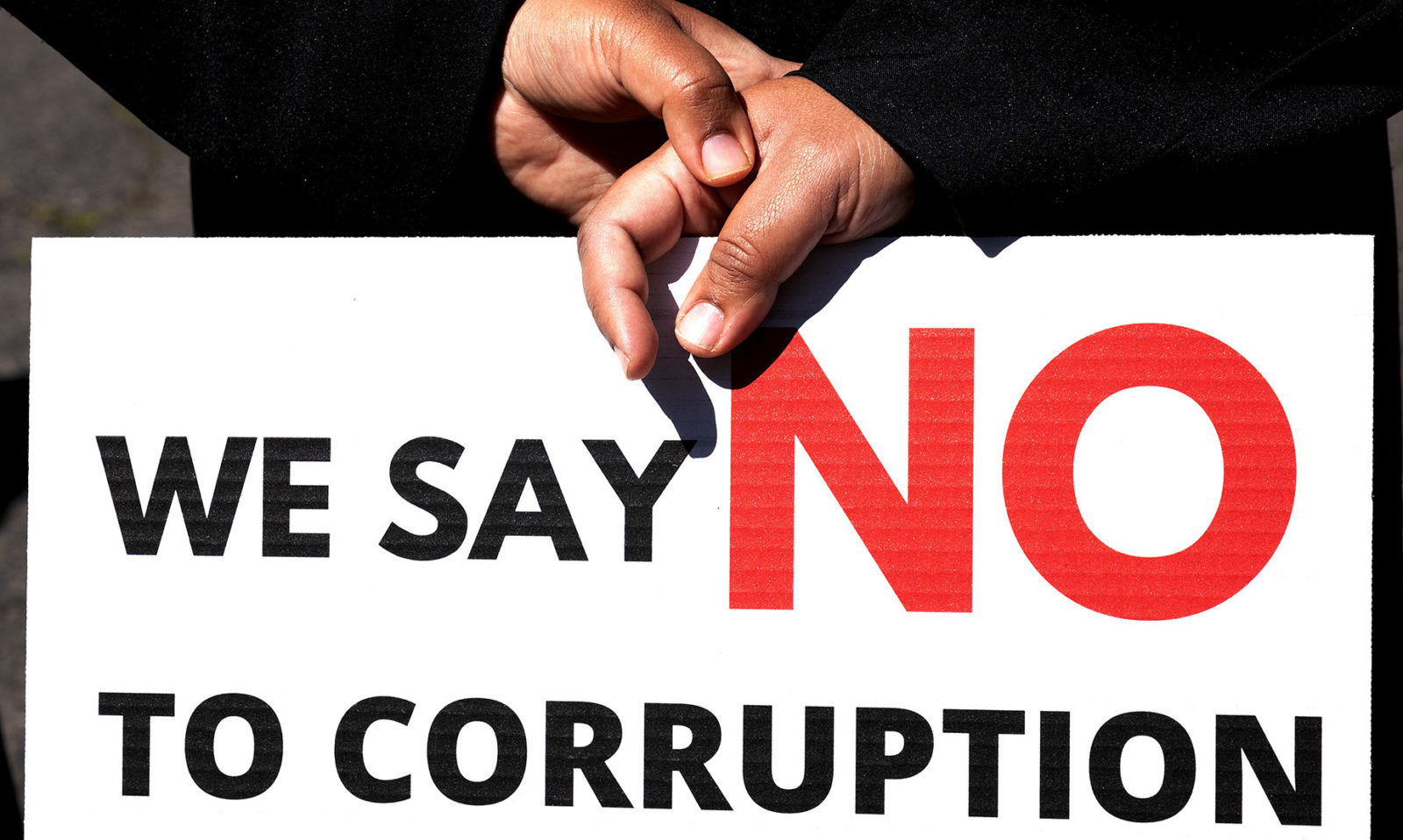 The Health Sector Anti-Corruption Forum (HSACF) was established after the Presidential Health Summit in 2018. The forum is a collaboration by various organisations and key state agencies in the fight against fraud and corruption in the health sector.

According to a briefing issued by the Presidency at the launch of the HSACF in October 2019, the public and private health sectors are vulnerable to fraud and corruption because of “large and varied numbers of transactions on goods and services in terms of fraudulent orders, tender irregularities, fiscal dumping by government departments through non-governmental organisations, bribery, over-pricing, poor governance, transfer of liabilities to the state, and bogus and fraudulent qualifications”.

Since the launch of the HSACF, various investigations and findings have confirmed this statement. The vulnerability of the health sector was a key theme echoed by speakers advocate Andy Mothibi (head of the Special Investigating Unit), Lerato Mosiah (CEO of the Health Funders Association), and Karam Singh (head of Legal and Investigations at Corruption Watch) during the webinar.

“It is just known that corruption is rife in this health sector,” said Mothibi, who went on to explain that the reason for this is a “measure of impunity, when people do and commit acts of fraud knowingly, and expect that nothing will happen to them”.

The extent and cost of corruption

Recently Daily Maverick 168 reported that R2-billion was paid to hundreds of unlicensed vendors of personal protective equipment (PPE) and other medical goods. However, Singh said that if we look at this from a historical perspective, corruption has been with us for decades.

“It has been with us since the dawn of democracy,” said Singh.

Singh referred back to the SIU’s report between 2007 and 2008 when preliminary investigations began into allegations of procurement fraud at the KZN Department of Health and the estimated money lost to ghost employees was R1.2-million.

In 2010, the SIU investigated the Gauteng Department of Health’s activities between 2006 and 2010. According to those reports, there was more than R1.2-billion wasted because of graft.

“These examples drive home the kind of weak systems, weak oversight and monitoring, and the unscrupulous individuals that come along with this [corruption],” said Singh.

“The problems that we are sitting with, despite the kind of shock around the Covid-19 corruption, is something that we’ve been sitting with for a long time and it goes to the heart of the weakness within our public finance management system.”

Mosiah agreed that within the sector there is extensive corruption, fraud, waste and abuse, which impedes progress towards universal health coverage.

“Because of these inherent problems that are in our healthcare system, we’ve found that they’ve actually allowed proliferation of unlawful behaviour,” said Mosiah.

Mothibi said that they have cases reported against the Health Professions Council of South Africa (HPCSA) – “about eight corruption cases that have been reported, and most of them have already been investigated”.

One of the biggest items topping their list is corruption surrounding the procurement of medical goods.

“The procurement process in the health sector is riddled with maladministration and we are seeing that in most of the cases that are reported,” explained Mothibi.

In addition to reports on inappropriate authorisations and irregularities around medical waste contracts, Mothibi recalled receiving reports around unlawful registration of doctors with the HPCSA. The fraud, abuse, and corruption in the health sector is more systematic than what is, in general, publicly understood. It is deeply rooted within state sectors and organisations. For example, at the Office of the State Attorney, Mothibi said, there were allegations of collusion between health professionals, officials, and lawyers.

“Actions must be taken so that we can deter future acts of corruption, waste, abuse, and fraud. Whether it is criminal prosecution, whether it is civil litigation for recoveries, disciplinary processes to get officials out of the system, and whether it’s the public sector or private sector.”

One point made strongly during the webinar was that dealing with corruption requires extensive use of data analytics and business intelligence tools to help the state make links between officials connected to corruption activities, especially where they resign before being charged.

“Data is what is required to enable us and power us to make the right decisions and to nab the thieves in this regard,” said Mosiah.

In addressing the issue of data, one of the initiatives that Corruption Watch has been championing is that of “open contracting for health”, a concept that has been endorsed by the G20 and that has been implemented by 30 governments globally.

Singh explained: “The notion of open contracting is about improving transparency and accountability within the health system by promoting the use of open contracting principles and practices in public procurement. In theory, open contracts should allow governments to better plan purchases, aggregate demand, check for inflated prices and look for red-flag warnings of malfeasance or fraud.

“Open contracting promotes the open contracting data standard. It’s the only international open standard for publication of information related to planning, procurement and the implementation of public contracts.”

However, the capacity to deal with these issues also poses a problem.

Singh said that during the Covid-19 crisis, the capacity of state departments and the National Treasury to monitor procurement was “seriously lacking”.

“There has been some noise coming out of the National Treasury to support the open contracting process. There are currently requirements around the publication of data, but we need to see a much stronger commitment, particularly from the Treasury, to embrace this type of approach.”

Singh said there is a high level of cooperation between various law enforcement agencies and he believed they had “turned the corner in the fight against corruption” and there is reason to be “cautiously optimistic”.

“I think there have been some really major developments in the work of the Auditor-General in terms of doing real-time audits close to the time of allegations.”

However, Singh does not want anyone at the HSACF claiming any quick and early victories until they start seeing successful prosecutions and the Auditor-General issuing clean audits to provincial and national departments of health.

“We have to be sober when it comes to the challenge of rebuilding independent institutions of state and fulfilling the promise of the constitutional democracy that we live in and the high bar that it sets,” added Singh.

Mothibi said the HSACF wanted to ensure that people’s lives are taken care of by a “credible system”, free of corruption, maladministration, and irregularities.

“We would like to work closely with all of civil society and all involved parties as we now might move over to the National Health Insurance scheme.

“The public expectation is high. They are expecting us to act; we must investigate with effectiveness and take action quickly, so that we can restore public confidence.”

If officials and medical professionals think that they can resign and leave after being accused of wrongdoing, think again.

Corruption Watch has whistle-blower hotlines and multiple forums through which people can get in touch with them to report misconduct and suspected fraud, abuse, waste, and corruption.

The HSACF consists of the Special Investigating Unit, the National Department of Health, the Council for Medical Schemes, the Directorate for Priority Crime Investigation (Hawks), the Financial Intelligence Centre, the Health Funders Association, the Health Professions Council of South Africa, Corruption Watch, the National Prosecutions Authority, SECTION27, and the board of Healthcare Funders of Southern Africa.