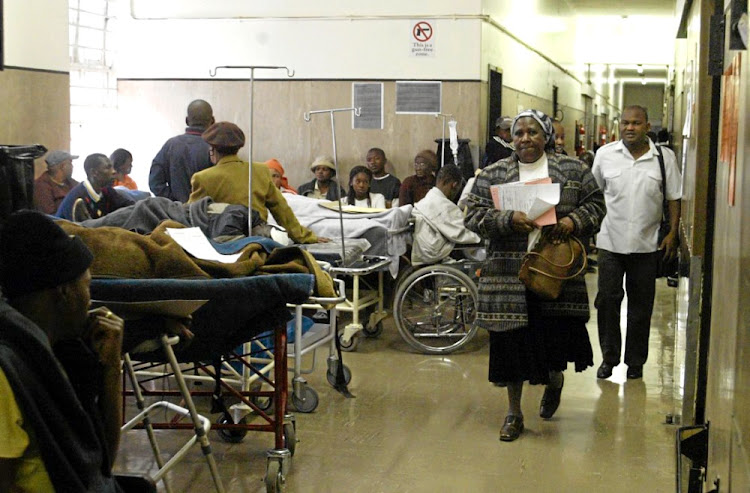 In a tough budget that has seen the Treasury cutting spending across government departments, not even health has been spared the axe.

A total of R3.9bn is to be cut from its baseline over the medium-term expenditure framework, a marked departure from Treasury’s determination in prior years to protect the sector from cuts that signals a sharp reality check for the government’s plans for achieving universal health coverage by 2023-26.

The spending cuts implied that “some activities related to NHI (National Health Insurance) will be phased in over a longer time frame”, said Treasury in its Budget Review.

“We’ve been under tremendous pressure to cut expenditure right across government because of the size of the (budget) deficit,” said Treasury’s chief director for health and social development Mark Blecher.

The Treasury had targeted underspending programmes for cuts to try to protect service delivery, he said.

The Treasury has shifted R1.4bn out of the NHI indirect grant, managed by the national health department, due to slow spending on contracting with GPs, mental health and oncology services.

Blecher said the underspending was due to limited capacity in the health department. The Treasury has consequently set aside R56m over the medium term to strengthen its capacity to phase in NHI.

The first piece of enabling legislation for the NHI reforms planned by government are contained in the NHI bill, being processed by parliament. It proposes establishing a central NHI fund that will purchase services on behalf of eligible patients, but details of how it will be financed have yet to be spelt out.

The Treasury declined to be drawn on why it has still not released its financing proposals for NHI, which health minister Zweli Mkhize previously said would be published by the time the bill was submitted to parliament on August 8 2019.

The Treasury has proposed a below-inflation increase in the value of medical tax credits, in line with its announcement two years ago that it would be squeezed to help fund the rollout of NHI. The value of the medical tax credits will rise by just R9 for the first two medical scheme beneficiaries, to R319 per month, and by R6 per month for the remaining beneficiaries to R215 per month.

The department of social development faces a R2.3bn cut to its baseline, but SA’s most vulnerable citizens have been protected and welfare grants will increase in line with inflation. The cuts are due to lower inflation forecasts and delays in the implementation of the extended child support grant for orphans. The Social Assistance Amendment bill, intended to improve the social protection of orphans and relieve pressure on the foster-care system, has yet to be finalised by parliament.

Most grants will increase by 4.5% in the coming year.

More than one in three South Africans is the recipient of a welfare grant, which reach almost 18m people. This figure is markedly higher than 16.4m people who have jobs, according to Stats SA’s Quarterly Labour Force Survey — and is forecast to rise to 18.9m by 2022-23. Spending on social grants as a percentage of GDP is expected to hold steady over the medium term, at 3.5%.